Inspired by the Lotus Sutra book clubs in Taiwan, Dr. William Keh, chairman of the Buddhist Tzu Chi Medical Foundation (or Tzu Chi Medical), and veteran volunteer Mary Keh wanted to bring Dharma education more broadly to the United States. They decided to launch a virtual book club to engage interested Tzu Chi Medical practitioners, staff, and volunteers, to study the essence of the Lotus Sutra based on Dharma Master Cheng Yen’s teachings. The hope was that they could put it into practice, not only in their personal lives, but as those who care for and treat patients. If successful, this would truly distinguish Tzu Chi Medical from any other healthcare provider in the nation. So, they kicked off their first meeting on January 7, 2021.

A Fateful Trip to Taiwan

In October 2020, just before the United States confronted its second major wave of COVID-19 infections, the Kehs made a trip to Taiwan. There, they were able to report the activities and goals of Tzu Chi Medical to Dharma Master Cheng Yen personally.

They were then invited to the Tzu Chi International Medical Association’s Taipei office to participate in a book club meeting, where participants had been studying sections of the Lotus Sutra, a text particularly venerated in Mahayana Buddhism and from which the Master’s teachings are based.

There, they met Clara Hsu and Bio Kuo. After discussing what a positive impact such book clubs were having (especially during the pandemic), both Clara and Bio expressed that they would support the Kehs should they start a book club of their own in the United States.

As a result of the COVID-19 pandemic, meetings were held online via Zoom. While the team sincerely wished to meet in person for this kind of social gathering and educational opportunity, this virtual format proved to be powerful as it allowed participants from cities across the United States to join. Running on a weekly basis, reading assignments are assigned by the core teams. Participants are also invited to lead the discussion should they wish and/or share their thoughts about what they read.

As was expected in the study of a spiritual and ancient text, some participants were reluctant to share as they did not feel they were quite “qualified” to speak on the topics at hand. For this, Clara and Bio were ready to encourage everyone to approach their own learning with gentleness: “you don’t need to be very good to start, but you have to start somewhere to become very good.” This became a powerful motto for the group.

Mary also provided spiritual encouragement to participants: “it is not difficult if you can allow Dharma to enter your heart. The Sutra book club provides us with a chance to hear the Dharma, to disseminate it, and to pass on its blessings to everyone. Let us spread the word and be ardent preachers,” she told them.

The Book Club Begins to Heat Up

Every week’s reading has its own focus and topic of discussion. For example, the Master had recently talked about the seven parables of the Lotus Sutra and that “we must look to the heavens to repent and bow our heads in gratitude.” Someone from the group candidly asked what specifically Master meant by this. For what did we need to repent and for what precisely did we need to be grateful? Dr. Denq offered an explanation.

He said that he believed that “repentance” and “gratefulness” were both methods to gain a deeper understanding of the Dharma, yet the “what” seemed secondary. He reflected on a teaching from Master Cheng Yen: “look with your ears, listen with your eyes.” He shared this was particularly useful for him during international medical missions, where he says it taught him to be more observant and in tune with what patients on the ground needed.

Another participant also shared a quote of Dharma Master Cheng Yen from Tzu Chi’s monthly magazine in Chinese: “This epidemic is both a catastrophe and a wake up call to mankind… When a disaster approaches, sentient beings have to look to the heavens to confess and bow their heads to express their gratitude. Be grateful for the tolerance of the Earth and its supply of grains and clean water for our survival; be grateful to nature for providing abundant resources and a magnificent living environment for all living beings.”

Dr. Lin, too, added that the greatest sense of accomplishment she felt was in the process of recruiting new guests to join the club. In some cases, she was successful in encouraging them to try it out, and in others, she talked about reluctance and getting some of them to be consistent. Dr. Lin also mentioned that what impressed her most was that the founders of the group, Dr. Keh and Mary Keh, set great examples as beacons of positivity, wisdom, and care for the growth of others.

During one book club meeting, Kevin Wang applauded Mary’s effort: “thank you for your ardent promotion of the club. The thing that the Master has always wanted us to keep in mind is to sustain the Dharma. The Buddhist Tzu Chi Medical Foundation team has done it!”

For Mary, she’d been most touched by the fact that this endeavor was able to attract volunteers and colleagues willing and interested in studying Buddhist teachings. However, busy schedules seemed to be the biggest challenge, particularly with participants responsible for working at Tzu Chi Health Centers during meeting times. Regardless, she is hopeful that the effort will inspire her colleagues to infuse the Dharma in their work as compassionate healers.

Master Cheng Yen has said, “while we are trying to invite more people’s participation in the book clubs, I actually would like to rename the “Sutra Book Club” to “Sutra Book Tasting Club,” which is just like a tea tasting. Before drinking tea, one brings the teacup to one’s nose to smell its fragrance, takes a sip to taste, and finally drinks it. To smell the Dharma’s incense and savor it as one would a cup of tea. Dharma is invisible and intangible, yet powerful; it will require one to slowly open one’s heart to let it in and to practice life’s wisdom.”

Tzu Chi Medical is deeply grateful to have Dharma Master Cheng Yen inspiring medical volunteers and staff to taste some of the Dharma’s wisdom through this new book club every Thursday. We look forward to learning and growing together.

Won’t you join forces with Tzu Chi USA? By working together, we can make the ripples of our love and care circle ever wider, reaching those in need in our communities and beyond. 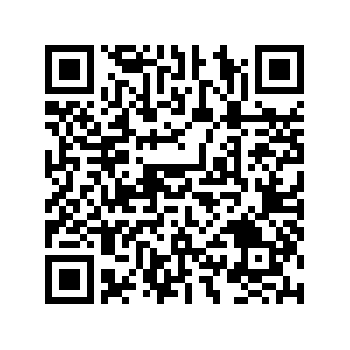