Exchanging Knowledge Through Common Faith at the 2019 TIMA Global Forum

But, through Master Cheng Yen’s hard work, Hualien finally got a first rate hospital. This story, as told by the students, impressed upon the attendees that with determination and hard work, nothing is impossible.

Medical and Religious organizations from 16 countries participated in this Forum under the theme of “Enlightened Wellness.” Dr. William Keh, Tzu Chi Medical CEO, invited Sayadaw (or Abbot) Ashin Ottamathara from the ThaBarWa Center, who has extensive experience integrating religious and spiritual healing to patients. In fact, the ThaBarWa Center also comes from a beautiful and remote place where it lacks medical resources: the country of Myanmar.

ThaBarWa Center has already expanded to the United States, Japan, Thailand, and Italy.  Part of the reason monastics of this Center participated in this Forum is to learn from a large international non-governmental organization. In fact, Tzu Chi has already assisted its headquarters in Yangon to establish a hospital specializing in tuberculosis.

However, they also came to this Forum in the hope of receiving greater support. This is because the Center’s focus is to shelter those who have been given up by their families and communities, including those who are disabled, terminally or mentally ill, or homeless.  At their Yangon headquarters, they already shelter close to 4,000 people.

With donations from Myanmar, Vietnam and around the world, the Center can provide basic necessities and lodging. Sau-Ling Cheng from Hong Kong is a volunteer of the center’s U.S. branch. She learned to let go of her overly-ambitious parental role through Buddhist teachings and repair her relationship with her children. She described the Center’s headquarters as a place filled with “people from hell” and people who have nowhere to go.  Every evening, she could hear the screams of those with mental illness. Yet, compared to those who have severe physical disabilities, these mentally ill persons’ problems are not as challenged.

Aye Moe Tun, too, became a monastic two years ago at the center.  With spiritual cultivation, she gradually let go of her grudge toward her husband who passed away about 20 years ago due to HIV. At that time, her child was only two years old and her husband had passed the virus to her.

Both Aye and the Sayadaw Ashin Ottamathara at the Center are Burmese of Chinese descent. Aye’s father immigrated to the United States after being selected through the Diversity Immigrant Visa program. She, therefore, got the chance to immigrate to the U.S.

Aye has volunteered at the Northern California Tzu Chi Chapter helping with kitchen duties or recycling. She said that when she was doing recycling, “I do everything nobody wants to do.”  In 2017, with her child grown up, she accepted the invitation of the Sayadaw of the Center to establish it’s U.S. branch.

Similar to what the Center has done in Myanmar, it established three locations in Southern California, where those who are homeless, and occasionally those who are terminally ill, can stay. Aye said that they accept all kinds of donations which makes the donors very happy.  But as a consequence, the Center can become rather cluttered and untidy. In this respect, learning from Tzu Chi USA’s experience has helped them manage.

Because they have an open door policy, the Center’s Yangon headquarters consistently has about 60 foreign volunteers who go there to learn about different cultures and perform easy tasks or teach English. American Elizabeth Marsh was a monastic for five years at the headquarters, but returned to secular life per master’s instruction two years ago and came back to the U.S. to work at the Center’s U.S. branch. These foreign volunteers are divided into groups and are assigned tasks. However, many of these foreign volunteers come and go.  Many are wanderers traveling around the world.

With the expansion of the Center, how to effectively manage the operation becomes an urgent issue. Ms. Cheng has learned from the forum that many tasks need to be performed by professional personnel. However, the Center’s belief is to use this open Buddhist space to save sentient beings as they come by fate. At the very least, they want all sentient beings, including cats and dogs, have somewhere to call home.

Their special way of deliverance is truly praiseworthy. American volunteer David has stayed at the Center for two years. At the center, he realized the meaning of life through teaching English and helping patients. He also gave up his drug addiction during this period. Incredible stories like his encouraged the Center’s monastic monks and nuns and made them better understand the Sayadaw’s vision.

Master Cheng Yen teaches Tzu Chi volunteers to cultivate our minds through the environment. For the monastics and volunteers at the ThaBarWa Center, this is part of their daily practice.

With regard to Myanmar, Sayadaw Ashin Ottamathara said that Myanmar has long isolated itself. Even though the country has begun to open up, but for this Theravada Buddhism nation, other religions including Mahayana Buddhism are still something to be wary of. As a Buddhist who is connected to other parts of the world, he understood Tzu Chi’s impact and be grateful for Tzu Chi’s assistance in helping them build the temple and the hospital.

TIMA Attendee Win Tun is also a volunteer at the ThaBarWa Center.  He came to the U.S. in 1999. He began to volunteer at Tzu Chi in 2000 and became a bridge between Tzu Chi and ThaBarWa Center.  He is familiar with Tzu Chi’s history and is inspired by it.  He emphasized that his fellow Burmese brethren must change their way of thinking.  They must not wait for outside help or just watch by the sideline; instead, they must actively participate in the process of social and economic development. He hopes Tzu Chi can make a bigger impact in Myanmar’s education field and help people to go forward in their endeavors. 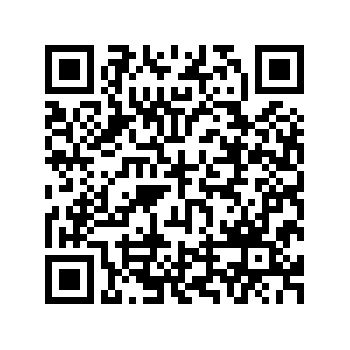