As a boy, Dr. Ping Tung Cheung was rarely excited about candy, and didn’t play with toys. He seemed to spend most of his time thinking of ways he could help others when he finally reached adulthood. Indeed, the thought that came to mind most frequently was that of becoming a doctor.

Dr. Cheung was born in China, where he attended primary school, and later went to middle school in Hong Kong. He then opted to study medicine, and was accepted into Jinan University. When Dr. Cheung was 22 – soon after the Tiananmen Square incident on June 4, 1989 – Cheung transferred to the United States to continue his studies.

Dr. Ping Tung Cheung’s parents are immensely appreciative of their son’s compassionate heart, and believe he is doing the right thing by traveling to different countries in order to assist people in need. While he is away, his parents expressed, they try not to lament his absence, as they know he is using his time and talents to better the lives of those who suffer. Dr. Cheung’s wife is also a devout Buddhist, and regularly volunteers her time at her temple after work. Striving to use his spare time wisely, Dr. Cheung began to join as many international outreach programs as he possibly could with his family’s unconditional support.

Dr. Cheung has volunteered as a consultant for Tzu Chi Medical Foundation (TCMF) since 2006, and began working with Tzu Chi International Medical Association (TIMA) in 2007. Although resources cannot always be readily accessible during such missions, he always puts forth his very best efforts, indeed, providing exceptional care to those in India, Nepal, Myanmar, Cambodia, Paraguay, and Mexico.

For more than five months per year, he travels to and from various countries, assisting Tzu Chi’s outreach program and additional groups. “The reason I work with others,” Cheung said, “is because I want to learn different techniques and gain knowledge from their own experiences.”

Dr. Cheung’s busy schedule means that he must maintain three regular jobs. He works four days per week at Tzu Chi Medical Center, spends two days seeing patients and planning overseas medical outreach, and additionally works in the emergency room at a Christian hospital. In his relaxation time, Dr. Cheung enjoys chatting with others about ways to help, or donate to a cause that means a great deal to him. He also encourages more people to join Tzu Chi’s activities. Each March and September, Dr. Cheung makes time to travel to China for training and outreach. There were times, however, when these trips had not been so easy.

There had been one instance when despite wishing to return home and visit Dharma Master Cheng Yen, he simply could not allocate the time to do so. It was not so simple to make such a trip while delivering his September outreach in China.

Luckily, he completed the outreach early and was able to travel to Hualien in 2012, however. The Chief Executive Officer of the Tzu Chi Medical Foundation, Dr. William Keh, then introduced Dr. Cheung to Dharma Master Cheng Yen, and related the incredible work Cheung had been doing internationally. Dharma Master Cheng Yen had smiled, and said, “Just stay with Tzu Chi. You don’t have to run around.” It was several years after Dr. Cheung heard those words of advice that he ultimately heeded them, taking on an assignment to plan and cultivate Tzu Chi’s work in Central and South America.

During this time, Dr. Cheung’s closest friend became ill and required a kidney transplant. Dr. Cheung readily offered to donate his kidney, but as it turned out, he wasn’t a close enough match.

Dr. Cheung recalled that he’d frequently considered donating a kidney while working at a Renal Dialysis Center. A kidney donor’s family is often hesitant about such a donation, wondering if they, too, would eventually suffer negative health effects if they donated a kidney. In fact, the procedure is safe, he assured, and the recovery period is short. Thus, although his kidney may not have been a match for his friend, he knew there surely had to be someone patiently waiting for a kidney that he would be able to help. With the knowledge imparted to him by his parents, he decided to put this thought into action. He’d learned about a program at UCLA called “Donate and Match,” which allows people to donate a kidney, and then, should their friend or relative requires a kidney, they can receive a donated kidney from someone else.

It was through this program that Dr. Cheung’s donated kidney was used to help someone he did not know. In return, his friend received a matching kidney from a donor whom he did not know. Now, such a selfless decision has perhaps helped save two lives.

Donating my kidney is the best thing that has ever happened in my life. I felt joyful. 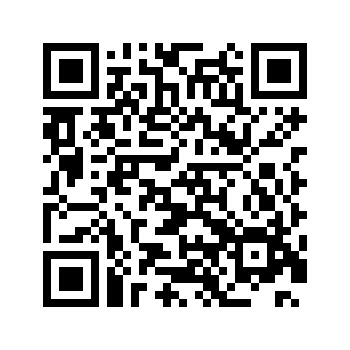