Dr. Yun Yen, presenting at the 2019 TIMA Global Forum, is an oncologist and cancer researcher focusing on precision medicine, the future direction of the field, and the impact of artificial intelligence (AI).

Dr. Yen shared that in 2015, President Obama had declared it the era of “precision medicine.” Also known as personalized medicine, this healthcare model focuses on decisions, treatments, products, and more that are more tailored to individual patients to allow for the most effective outcome.

After a budget was provided, then Vice President Joe Biden was to spearhead the task force for the Moonshot Project. Former VP Biden himself has a family history of cancer, of the brain and breast, making it a personal cause for him. Dr. Yen, a career cancer specialist, joined the task force shortly after its inception.

The goal of the Moonshot Project was to identify the differences in DNA, RNA, and protein amongst the human population and classify them as “normal, diseased, family clustered, and/or others.”

Today, the importance of precision medicine and genetic testing has become so critical largely because of the quick turnaround of prognosis and results of labs. Instead of waiting months for laboratory test results, DNA testing can provide results in about a week. Rare diseases can be identified earlier to increase chances of treatment and survivability.

Dr. Yen followed up by sharing three examples of the benefits of genetic testing.

In the past, a procedure would be performed at 16 weeks of pregnancy for mothers to test for genetic diseases. The doctor would insert a needle to draw fluid from the mother’s amniotic sac. This procedure involved too many risks and liabilities. With new advancements in precision medicine, a simple tube of blood drawn from the mother can be sent for genetic testing to analyze what the child carries at the genetic level.

Likewise, in a relationship where both partners are from northern European descent, who are known to carry the gene for the disease cystic fibrosis, genetic testing is critical. Early testing can furthermore increase likelihood of survival.

Furthermore, during breast lump biopsies, a sample is sent out to labs to examine for cancerous cells. Nowadays, through precision medicine, the gene itself is tested rather than looking at the cell to see if it is abnormal or not, shares Dr. Yen.

A well-known example is actress Angelina Jolie’s decision to do a DNA testing after her mother, Marcheline Bertrand, had breast cancer and died at 56 from ovarian cancer. Jolie’s DNA test results showed that she carried the mutated BRCA1 gene, which is known to be linked to breast and ovarian cancer. She chose to go through surgeries to remove both her breasts and ovaries to minimize her chances of cancer.

Though breast cancer from familial clustering composes only 15-20% of all breast cancer cases, Dr. Yen says that the rest is from other random mutations of genes. He also shared that throughout our lives we accumulate a lot of random mutation, most of which our body is able to get rid of. Random mutation is caused by poor diet and lifestyle, lack of exercise, stress, radiation, and many other factors. Eating a vegetarian diet is one way to reduce some of this risk, restated Dr. Yen.

Because of the popularity and relatively inexpensive cost of DNA testing now, such as those done by AncestryDNA and 23andMe, people are receiving so much information in return directly and not really understanding the information. As a result, people are taking the test results to their physicians to get answers. Doctors need to be alert of the liability as they are drawn into interpreting the DNA test results without initiating or requesting the testing, too.

Artificial intelligence (AI) is moving precision medicine forward very quickly. AI can learn and compare a massive amount of data, read and interpret images and slides, monitor and track more patients’ info, analyze the patient’s facial expressions, record and document medical records etc., all to help medical professionals make a diagnosis faster and more accurately. This frees up time for the medical professional to spend more time with the patient to tailor the treatment to him or her.

With more data being collected, such as in our mobile phones and wearables tracking our health data, AI can help store and analyze our health information and assist doctors in making more personalized patient care. Dr. Yen urges us not to be afraid of what AI can do; AI will not replace medical professionals; instead, it will serve to make precision medicine personal medicine. 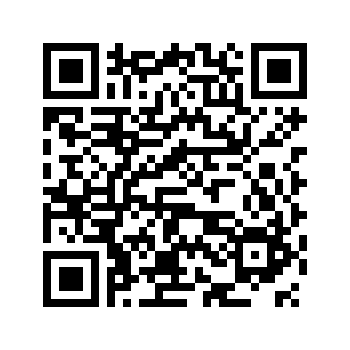